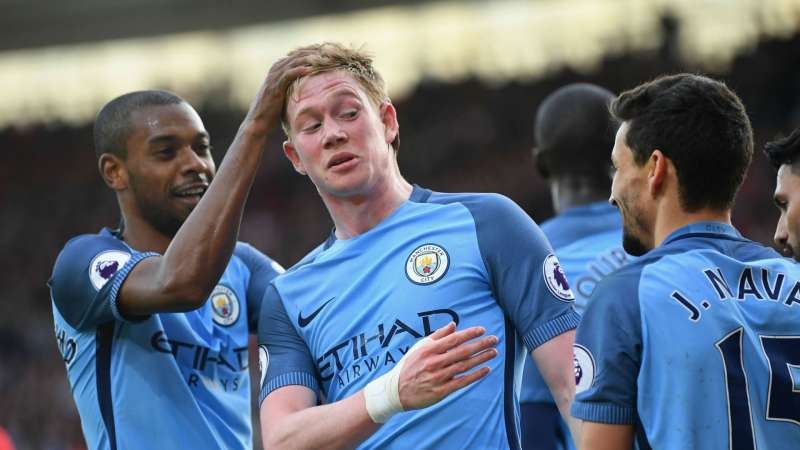 The former Austria Vienna man was pictured at City’s training ground. The club is expected to loan the player out to Girona for further development before he returns to join fully.

Newcastle United were also linked to the Nigerian but the Cityzens beat them to the signature of the 24-year old. Pep Guardiola recently sold a Nigerian forward Kelechi Iheanacho to Leicester City as he dropped in the pecking order at the Etihad.

Kayode played in Israel for Maccabi Netanya before moving to Vienna two years back. He was recently invited to the Nigerian national team for his exploits in Austria. City swooped in on the talented player with the hope of reaping the benefits in future.

City has close ties with Girona where they visited in a four-day training camp. The club is part owned by Guardiola’s brother Pere. His football agency Media Base acquired major stake in 2015. Since then, City have had close ties with the club.

The La Liga side are even expected to become part of City Football Group. Other Man City players like Aleix Garcia, Pablo Maffeo, Douglas Luiz and Marlos Moreno are already on loan at Girona.