Kalidou Koulibalys agent has reportedly been given a week to secure the defender a move from Napoli to Manchester City. The Senegal international has been linked with Pep Guardiolas side all summer but the price tag appears to be a major setback in any potential deal. The Citizens had reportedly set a September 17 deadline to get the deal completed but the both sides were unable to reach an agreement. 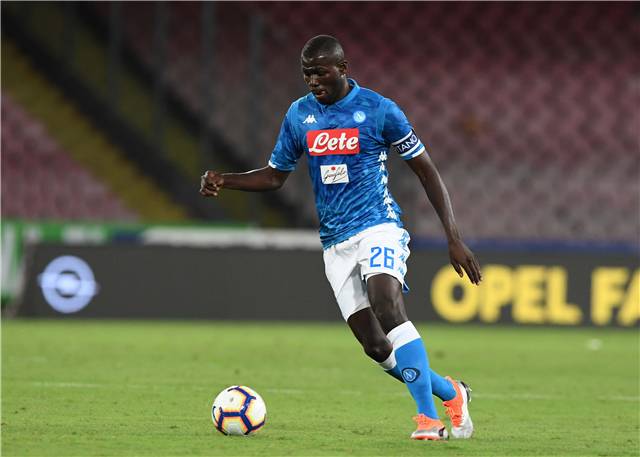 However, latest reports now suggest that an extension to the proposed transfer deadline has been approved. According to Corriere del Mezzogiorno, Koulibalys agent Fali Ramadani has been allowed an extra seven days to try and bring his client to Manchester.

Ramadani is expected to fly to Italy to meet with the Serie A clubs president, Aurelio De Laurentiis, in order to try and reach a compromise.

City will not deal directly with Napoli following the experience they had during the Jorginho fiasco. Jorginho was expected to make the move to City only for Napoli to go behind and accept an alternate bid from Chelsea.

Napoli are said to be holding out for their £75 million valuation but City are reluctant to part with so much cash for a player who will turn 30 next year.

Man City are open to possible alternatives should they fail to reach an agreement with Napoli. Sevillas Diego Carlos and Atletico Madrids Jose Gimenez are the two names linked with the club.

Man City have added a new player this summer with the arrivals of winger Ferran Torres and defender Nathan Ake, from Valencia and Bournemouth respectively, but manager Pep Guardiola is thought to further more additions ahead of the new season.