River Plate ran out 8-1 winners against Alianza Lima with Alvarez proving why he was one of the most sought after young strikers on the planet.  It was confirmed earlier this year that the Argentine would be joining the Premier League champions, but City deemed it better for his development to send him back to River Plate. 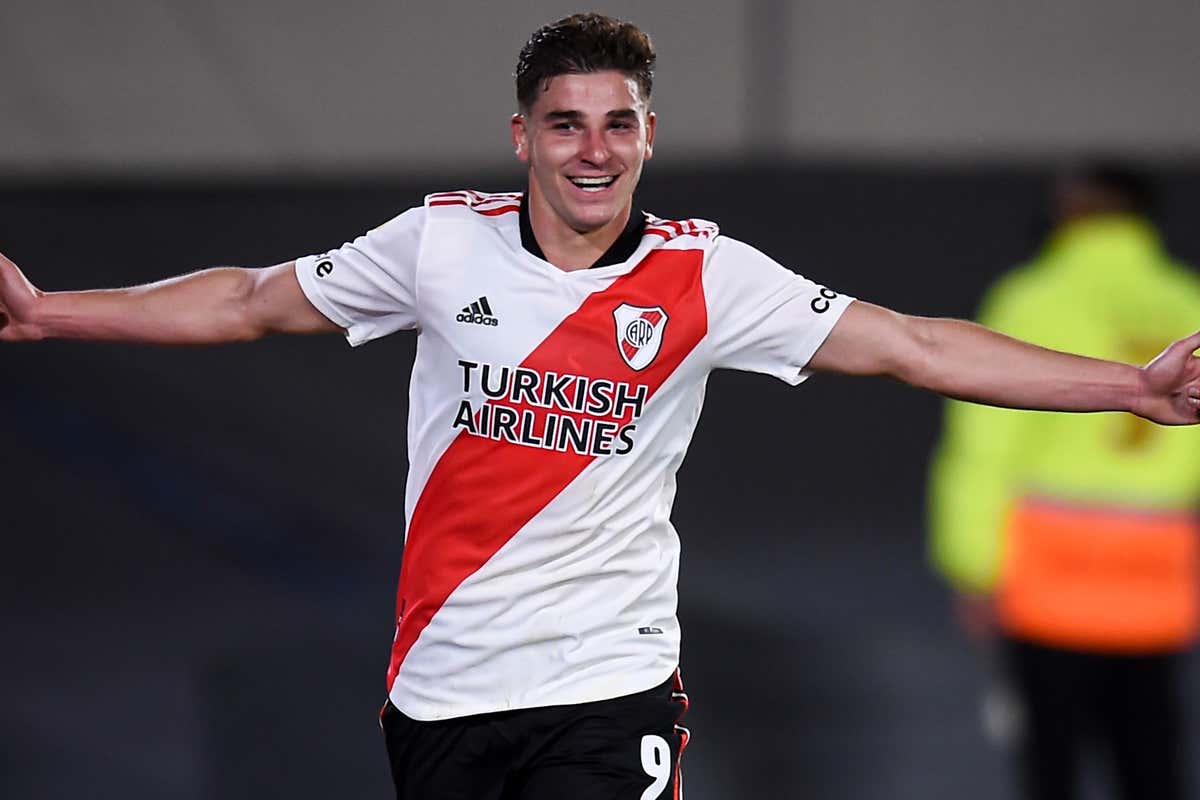 It appears to have been an inspired decision, with the forward impressing for the club he joined in 2016 in various competitions. There are none bigger, however, in South America than the Libertadores and Alvarez’s performance immediately writes him into River Plate folklore.  The young player’s first goal will seemingly impress Pep Guardiola the most. Spotting an opportunity to win the ball, Alvarez dropped in and intercepted a pass.

The ball landed at the feet of one of his team-mates before Alvarez made an intelligent run across the backline and off the shoulder of one of the defenders. His finish across the goal capped off an all-round superb piece of play.

Meanwhile, his goal to complete his hat-trick displayed the striker’s ability to do it all in front of goal. The Argentine picked the ball up with his back to goal around 30-yards from the target. Given space and time to turn, he drove forward before unleashing a low drive into the bottom right hand corner of the net.

Again showing his desire to press and work hard for the team, Alvarez pressed Alianza Lima goalkeeper Angelo Campos while he dallied on the ball.  With the ‘keeper panicking, the young forward nipped in to steal the ball and score his fourth of the game. The night had not yet reached the hour mark. He would be hoping to take the Premier League by storm when he finally arrives in the summer.